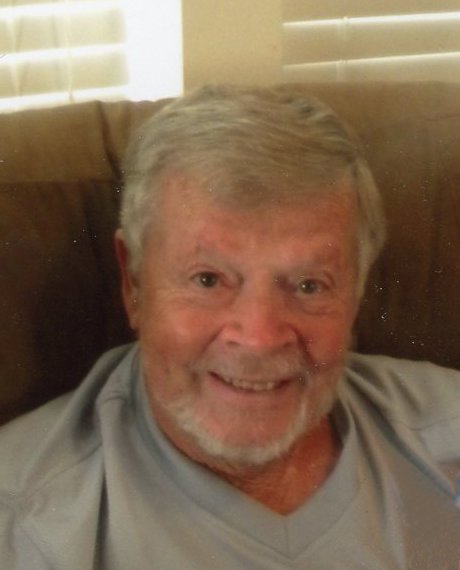 Glenn L. Smith, 79, passed away March 7, 2018 in American Fork, Utah. Born on July 12, 1938 in American Fork to William LeRoy Smith and Clarice Newman Smith West. He met Colleen Rae Cardon in 1954.  They were best friends and sweethearts when they married on June 27, 1957 in American Fork, marriage later solemnized in the Manti L.D.S. Temple.
Glenn enjoyed going to Arizona and was a Snow Bird for the last 18 years. He was a BYU fan. He also loved western movies. He enjoyed going to Kanab to the old western movie settings.
Glenn is survived by his wife Colleen, two sons: Jay (Janice) Smith, Steven Smith, 6 grandchildren: Grand, Zac, Chantell, Nichole, Jayson, Connor, Allie, 8 great-grandchildren, and his brother Gary Smith.
Funeral services will be Monday March 12, 2018 at 11:00 am in the American Fork 13 th Ward, 975 North 60 East.  A viewing will be held Sunday from 6 to 8 pm at Anderson & Sons Mortuary, 49 East 100 North, American Fork and Monday prior to funeral at the church from 9:45 to 10:45 am.  Burial in the Alpine Cemetery.