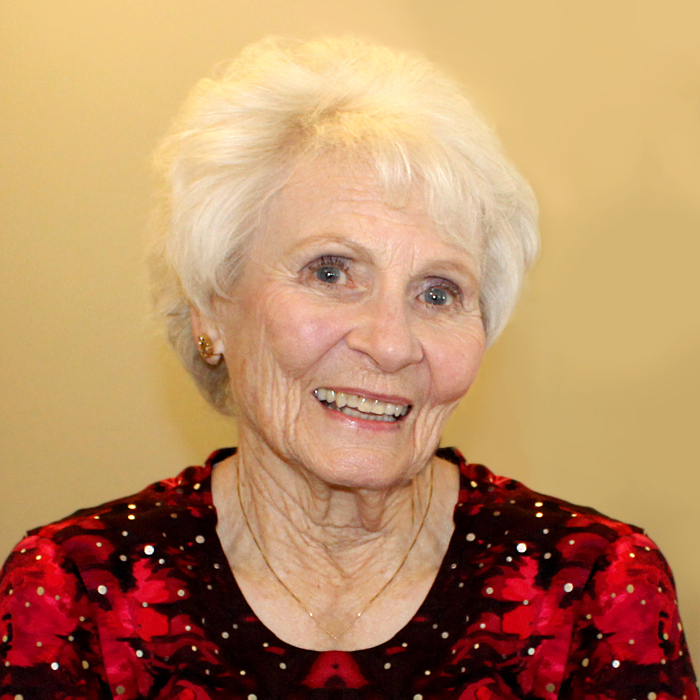 Geraldine Gillies Griffin, 88, of American Fork, Utah passed away August 26, 2022 peacefully at home surrounded by her family.  Born July 13, 1934 to Claude and Naomi Gillies. Geraldine (Jerry) was born and raised in Salem Utah, a town that she never stopped having a love for. She convinced her children and grandchildren that the Meadowlark sings “Salem is a pretty little town”.

She loved life and was very active traveling, golfing, bowling, sewing, camping, boating and waterskiing. Jerry loved entertaining and getting together with family and friends. She never met a stranger, and made friends everywhere she went.  Her family was the focus of her life and her greatest joy, she loved getting them together and directing them in skits and talent shows. She spent decades researching her family history and recording her genealogy.  She was also very involved in the Utah chapter of The Good Sam’s Club, and coordinated many special events for them.

She was a hard worker and worked to help support her family. She was an Information Specialist with the U.S. Forest Service at the Uinta district for over 22 years and was known as “The voice with a smile”. Her love of the outdoors made this the perfect job for her.

She was an active member of the Church of Jesus Christ of Latter-day Saints and served in many callings over her lifetime. Her favorites were camp director and Young Womens President. In her later years, she and her husband Stan served two LDS missions. Johannesburg, South Africa in 1994 and Nuku'alofa, Tonga in 2001. She touched many lives during her years of service with the Church.

She is back with her sweetheart who preceded her in death in April of this year.

Please join us in honoring Jerry by befriending a stranger, taking that trip and always, ”Smile at the People”!

Funeral services will be held Thursday September 1, 2022 at 11:00 am in the American Fork 12th Ward,  680 East 300 North American Fork.  A viewing will be held at the church prior to the services from 9:45 to 10:45 am.  Interment will be in the Salem City Cemetery. The family would like to thank Dignity Hospice for the loving care they showed to Jerry and the family especially Sharon, and Markay. We love you guys!

Please click on the link below to view Geraldine's services via live stream:

To order memorial trees or send flowers to the family in memory of Geraldine Griffin, please visit our flower store.