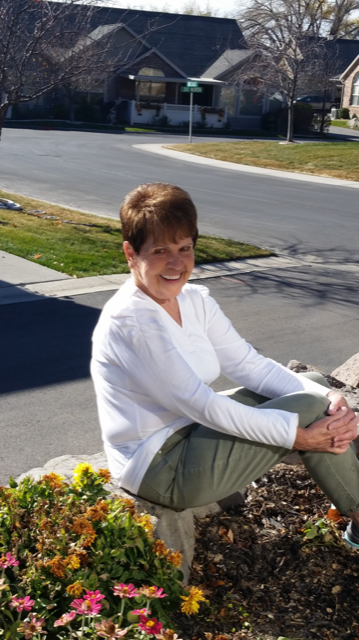 Gay was born August 20th, 1935 to Morris Lansing Allen and Klea May Passey in Ogden, Utah.  She grew up in North Ogden and attended Weber High School.  She married Alton Cooke in 1951 and they had four daughters, Tamara Gay, Cristy Lynne, Ranae, and Carilee.  They were later divorced.  She met and married Donald C. Bush in 1963 and they had three children, Brian Don, Kimberly Dawn, and Bradley Jay.

Gay loved life and definitely loved adventure!  Through Don’s work, they were able to live in many different states and put a lot of miles on his motorcycle as they toured throughout little towns. After his retirement they lived in Goshen, Utah for a few years, before settling in Lehi.  She had the greatest sense of humor and an infectious smile!

Services will be held on June 6th at Anderson and Sons Mortuary, 49 E 100 N, American Fork with a viewing from 10:45 - 11:45 am followed by the services starting at noon. Internment will be at the Lehi City Cemetery. Please share a memory of Gay on her tribute wall.

If you're unable to attend the service, please attend and honor Gay Lynne through the following Zoom link:

To order memorial trees or send flowers to the family in memory of Gay Lynne Bush, please visit our flower store.