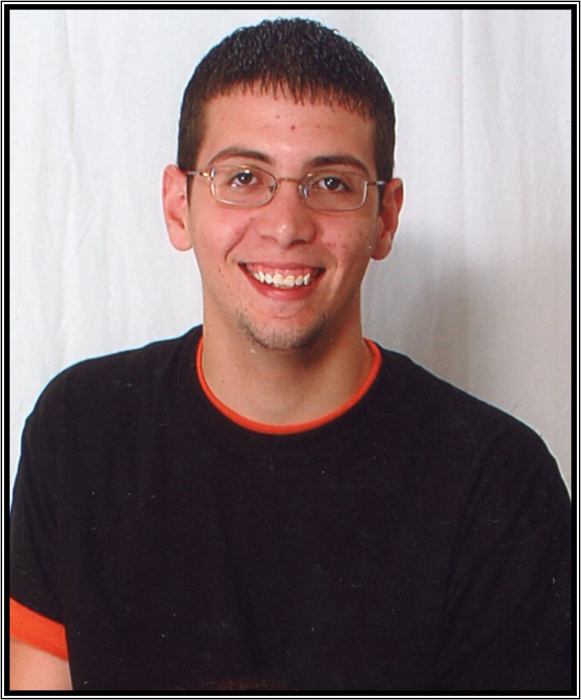 On Tuesday, August 3rd, 2021 our son, brother, father and friend- Gabe- was reunited in Heaven with his dear older sister, Adriana,  after a tragic car accident in Gresham, Oregon. This tragic accident happened 7 months after his sister, Adriana, also passed away, also tragically in a car accident.

Gabriel Fernando Sopena was born on a hot, summer night on the 26th of August in 1988. Gabe, our broski as he called us, was born in the suburbs of Philadelphia in Chester, Pennsylvania @ Crozer-Chester Medical Center- the same hospital Adriana was born at :) (The other kids were all born at other hospitals).

Gabe was the fourth child born to Luis & Elizabeth Sopena, following his sister Adriana, and his brothers Eddie and Gus. He was followed, and the older brother, of his younger sister Jennifer in 1994.

From the time Gabe was born, he was a lover of all things sports- mainly baseball, football and basketball. A few common things were always consistent with Gabe: his glasses (had to get glasses in kindergarten), his hats and his smile. Gabe was often found with a hat on his head. During his young years, Gabe loved his Yankees hat. Then, in his teenage years and all throughout his adult life- he showed all his hometown pride of all Philly sports by dawning PHILLY, SIXERS, and mostly EAGLES hats. Hats weren’t the only thing that Gabe would be into to show his love of sports. He always seemed to have a baseball, or another sport, uniform on in the house. He’d often go to Dermond Field in Drexel Hill, PA to play ball with his brothers and friends then run down to the corner store to get treats. He’d play basketball at a neighbors house on the back side of a hill that ran behind our family home on Cobbs street.

Gabe was blessed with a smart and genius mind. In high school, he scored the highest in his class at their end of year test. He was always smart with his decisions. He always had the easiest solution to any type of situation, stress, or problem.

His mindset lead to his tremendous work ethic. When he was 14, the family moved to Ocoee, Florida and he got his first job at Publix. Gabe often moved up the ladder at his companies. Those above him would always rave about his smarts, his work ethic, and his ability to give his heart to others. Gabe was indeed a hard worker- always working long hours, and doing all he could.

In December 2019, Gabe wanted a fresh start after battling through challenges in his life so he moved west to Washington and then Oregon. He had become a loving father to a step son, Preston. In 2015, Gabe helped bring Noah Abel to this world. Gabe was always a loyal, dedicated and trusting friend but an even better father. He dedicated all his many hours of work to his family. His hard work, his toughness and his relentless effort was always to better his family and loved ones.

He was loyal to his friends, his family and his commitments. Most of all, Gabe was someone who had a huge heart. He loved all those around him, always wanted to do his best to bring joy to others. His smile and laugh were always evident when speaking with him. He was passionate about his sports, his work, his interests and his family.

Gabe is survived by his father Luis, mother Elizabeth, his older brothers Gus and Eddie his younger sister Jennifer and his son, Noah.,He is preceded in death by his sister, Adriana.

We know there was a very happy reunion when Adge got to hug her bubba, her lil bro recently. We know that we will see Gabe again and we know he and Adriana will be amongst us until that glorious day our family reunite with our little bro. We miss you so much Gabe and love you even more. May you Rest In Peace until we meet again.”

To order memorial trees or send flowers to the family in memory of Gabriel Sopena, please visit our flower store.