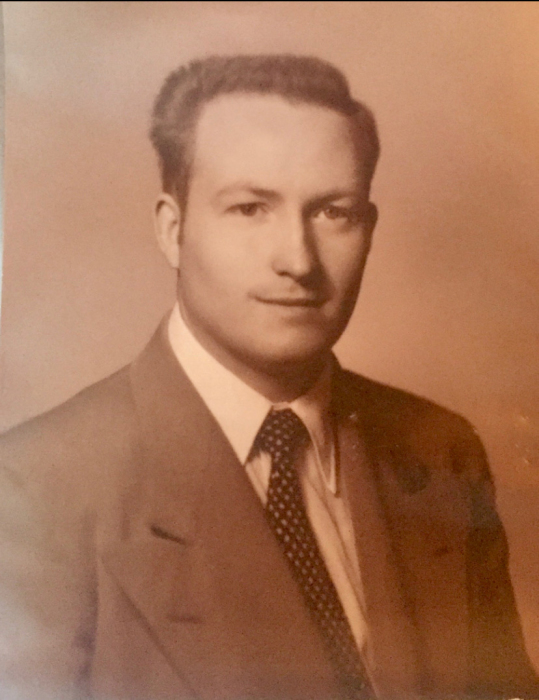 He was born on October 18, 1931 in Prescott, Arizona. Frank was born to William James and Sarah Ethelyn Baker. They had three children, Bill (eldest), Sue (middle), and Frank (youngest). He enjoyed the Latin culture which eventually introduced him to the love of his life Renee Balsamo. They were married in the Manti LDS Temple on April 15th, 1967, sealed for time and eternity. They enjoyed 52 loving years together raising 6 children and 19 grandchildren all of which he loved with all of his heart.

Frank was devoted to God and The Savior Jesus Christ and always put Them first and foremost in everything he did. He had a special love for books, especially spiritual doctrine. He was a member of the Church of Jesus Christ of Latter Day Saints and served a Spanish speaking mission in San Antonio, TX.

Frank came from a military family where he grew up as an Army brat. He was always a devoted patriot, having great respect and love for his country. He joined the Army and served in the Korean war.

Frank had a passion for all kinds of music, but his favorite was Jazz. He played the saxophone, clarinet, drums, bongos, and all types of percussion instruments. He played in a Jazz band throughout his younger years. He also loved dancing, especially ballroom and salsa.

Frank attended BYU where he graduated with a Bachelor's degree in child development, teaching, and spanish. During his time at BYU he played football as a kicker from 1961 to 1963 where he still holds records to this day. His jersey number “00” earned him the nickname “Boom Boom Baker” and is the number that Cosmo the cougar wears today. His love for football led him to be an assistant coach for BYU from 1980 to 1981. He was a devoted BYU fan and enjoyed watching his beloved Cougars play football with his friends and family. He never missed a game.

Frank enjoyed the Utah mountains and being outdoors for cookouts, hiking, and camping. He loved people and making conversation. He could create an instant rapport with everyone he came in contact with, sometimes this ended up having strangers at our house for Thanksgiving which he thoroughly enjoyed. He could always put a smile on your face with his corny jokes and caring personality.

Frank is preceded in death by his parents William & Sarah Baker, his siblings Bill Baker, Sue Fenton, and his daughter Franchesca Loveless.

We will sorely miss you, but we have comfort in knowing that your homecoming will be greatly rejoiced in Heaven.

To order memorial trees or send flowers to the family in memory of Frank Baker, please visit our flower store.