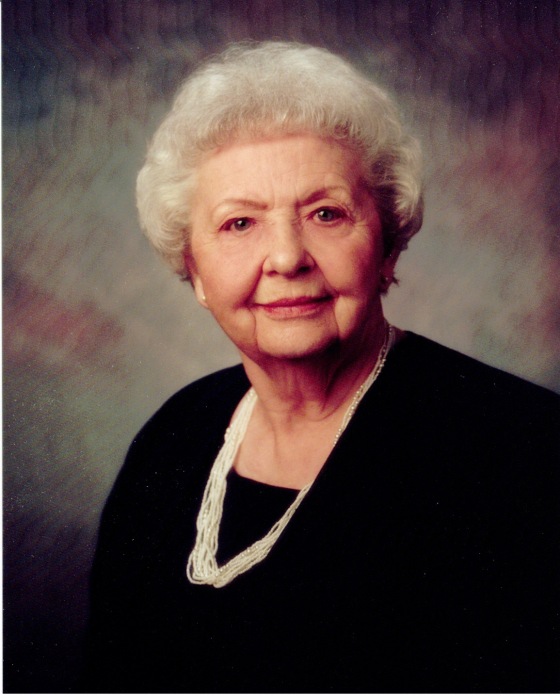 Alice Elaine Larson Beer, our mother, grandmother and great-grandmother, passed away on December 29, 2020 from COVID-19. She was 97 years old.

Elaine was born on January 7, 1923 in American Fork, Utah to Andrew Wallace Larson and Mary Alice Peterson. The youngest of five children, she grew up in a home where she learned the importance of family, hard work, and resourcefulness.

As a young girl, Elaine was intellectually curious, bright and enjoyed school. She was close to her mother who taught her to embroider, crochet and knit. A favorite Christmas memory was a small, cedar chest she saw at Chipman’s department store. It cost $4.00, quite a sum during the Great Depression. However, her mother found a way to make it possible and Elaine filled this box with her own hand-made treasures. Her mother’s value of “making it possible” carried on in Elaine throughout her life and lives on in her daughters and grandchildren.

After finishing high school in 1941, she began working, first as a telephone operator and then for the railroad. During this time, she met George Beer who was preparing to enter the Armed Forces. They struck up an exchange of letters that led to friendship that deepened into love. They married shortly after his return from the war in 1945.

Eventually they welcomed two daughters, Nicia and Jillene. Elaine’s focus was on making life rich and beautiful for her family. Like her mother, she worked hard, made a dollar stretch and used her talents. Elaine would create beautiful clothing at a fraction of the cost for her daughters. She cared for her parents and in-laws until each of them passed away. When George became ill with cancer, Elaine cared for him until his death in 1972.

For nearly fifty years, Elaine was a widow. Rather than defining her, widowhood further revealed the steely inner strength we deeply admire. Following George’s death, she worked at Utah Valley Hospital. In retirement, Elaine had even more time to pursue her interests in family history and quilting. A lifelong member of the Church of Jesus Christ of Latter-day Saints, Elaine served happily in various callings. Her quilts were award winning and while she was proud of her achievements, it was more important to her that each of her grandchildren had quilts for their own babies.

She loved each of her siblings and was deeply grateful for their companionship, particularly with Ethel and LeGrand. The three of them would spend hours talking, reminiscing and laughing. Among her greatest joys were her grandchildren and great-grandchildren. She followed each of their lives closely and would literally dance when she saw them.

Whether you were a member of her family or the Mayor of American Fork, Elaine was always ready to give advice - if you wanted to hear it or not. She lived life on her own terms with spunk, wit and fierce love for her family. We will miss her hugs and kisses; the twinkle in her eye and hooting laugh; and her ability to connect family members, including those who surely greeted her with great love and appreciation on the other side of the veil.

As a family, we would like to thank those who cared for her daily needs over a period of several years, particularly Jillene and Curtis, as well as most recently her hospice nurses Sherri Winkel, Samantha Bradshaw, MarKae Funk, Tera Babcock and numerous other loving, healthcare providers.

To order memorial trees or send flowers to the family in memory of Elaine Beer, please visit our flower store.