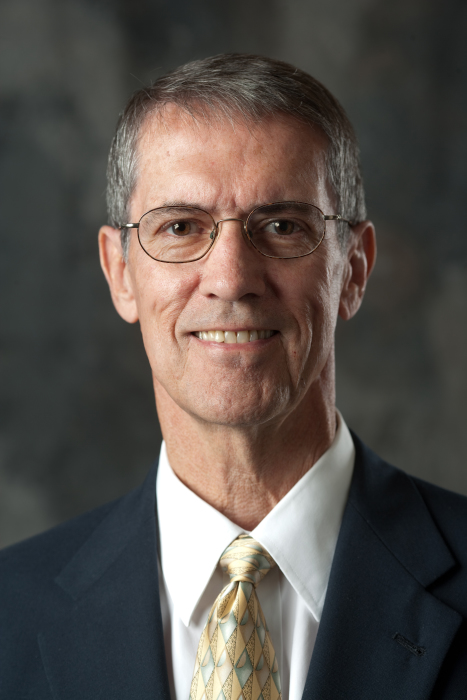 Hall of Famer Ernie Banks once said, “The measure of a man is in the lives he’s touched.”  By that estimation, beloved husband, father, grandfather, and great-grandfather, Dr. Gary Melvon Booth, truly was a treasure among men.  On March 14th, 2019, Gary passed away surrounded by his family, after a courageous fight against pulmonary fibrosis.

Gary was born on October 9th, 1940 in Provo, Utah to Melvon LeRoy Booth and Phebe Carrie Bethers Booth.   As the son of a Utah Railway Telegraph Operator, Gary and his older brother Jack LeRoy Booth moved 37 times before finally settling down in Carbon County near Price, Utah.  It was there, in the hallways of Carbon High School, where time stood still when he first laid eyes upon his high school sweetheart, Sharra Lee Peterson.  She asked him to take her to a bowling party, where he undoubtedly thought “this shall be my finest hour!”…until the realization set in that he didn’t yet have his driver’s license and sheepishly turned her down.  Luckily for his F1 progeny, she later allowed him to make it up to her.  On August 25, 1960 Gary and Sharra were sealed for time and all eternity in the Salt Lake City, Utah Temple.  Sharra would later recall their first wedding dance together, twirling alone on the dance floor to the soft tune of “Let Me Call You Sweetheart”, to be her finest hour.

Gary would spend the next ten years of his life passionately pursuing his love of academics.  While simultaneously serving in the Utah National Guard, he earned his Bachelor of Science and Master of Science degrees in Entomology in 1966 from Utah State University and his Doctor of Philosophy (PhD), degree in Entomology at the University of California, Riverside in 1969.  After serving as an assistant professor in Entomology at the Illinois Natural History Survey, Gary accepted a professorship at Brigham Young University.  Little did he know it at the time, but this decision would set him on a course where he would spend the next 42 years enraptured by a labor of love in the field of teaching and research.

For those privileged enough to witness Dr. Gary Booth teach, one cannot deny that they received instruction at the feet of a master teacher.  Dr. Booth simply changed lives.  As a result he became one of the most beloved educators at BYU, teaching courses mainly in Biology, Book of Mormon, Environmental Science, Toxicology, and Medicinal Plants.  Tens of thousands of students benefited from Dr. Booth’s creative methods of teaching and contagious attitude towards learning. From live owls flapping around the classroom hunting mice to spontaneous light saber battles, Dr. Booth wanted his students to gain a profound love and appreciation for the miracle of life, the responsibility that comes with the preservation of all its precious natural resources, and an understanding of the forces that bind it together.  As Yoda instructed, “Life creates it, makes it grow. Its energy surrounds us and binds us. Luminous beings are we, not this crude matter."  Recognized by many as a Jedi Master of Biology, he was very committed to helping students succeed-and in turn received many accolades including the prestigious Karl G. Maeser Excellence in Teaching Award. While teaching he also traveled extensively throughout the world studying environmental issues, and carried on a strong and rigorous research program allowing countless teams of students to participate in hands on toxicology research (i.e. He was the first scientist to design and conduct nine large field studies to evaluate the impact of pesticides on birds for the EPA.)

Yet even with all of his success in teaching and research, Gary never forgot what truly mattered most.  In the immortal words of Walt Disney, “The most important thing is the family.”  Gary made his family his greatest labor of love.  From early morning fishing trips, daddy-daughter dates, and camping adventures to letting little feet walk on his back and little hands do his hair.  Boisterous laughter and squeals of delight could routinely be heard during bedtime Hide-&-Go-Seek (nip-nip) games and story-time where every story had a fairytale ending and all characters would end up friends. Gary would patiently spend time with each of his six children, listening to their problems, helping them with their homework, counseling and teaching them.  No matter how difficult the task, Gary never got upset.  Countless hours were spent in the backyard doing yardwork together as a family where life-lessons were given, tanning sessions were monitored, puppies, ducks, and rabbits ran amuck, and insecticide-free worm-riddled cherries were always in abundance.  Such expressions of love and camaraderie would only be magnified ten-fold during the holidays as the magic surrounding the Booth home during Christmastime became palpable, urged on by the glowing menagerie of multi-colored lights and the twinkle in children’s wide eyes as Gary described hearing bells on the roof and catching a glimpse of a red suit during the wee hours of Christmas morning.  Gary also made it a point to get the whole family involved in loading up the family’s red suburban (lovingly referred to as “the Christmas machine”) with box load after box load of food and Christmas gifts and then anonymously delivering them all over the neighborhood to families in need.  Such acts of selfless service and love greatly enhanced the holiday spirit and taught his children the true meaning of Christmas.

Memories created with his family were among Gary’s most prized possessions.  He followed the wisdom given by the Prophet Ezra Taft Benson when he declared, “Build traditions of family vacations and trips and outings. These memories will never be forgotten by your children.”  Gary possessed an immense gratitude and awe of nature and all of God’s creations and as a result, vacation adventures for the Booth family usually included the exploration and enjoyment of the great outdoors.   Gary especially loved the great American West and was very fond of watching John Wayne westerns.  One of his fondest traditions was camping along the Snake River and venturing around Jackson Hole.  Gary would take the kids along the river and look beneath rocks and tree stumps in search of creepy, crawly critters.  Watching the kids’ reactions always resulted in never-ending smiles and laughter.  Hiking along Jenny Lake and then heading into town for ice cream and an evening spent with the Bar-J Wranglers grew to be a treasured family tradition.  But perhaps the greatest Booth Family vacation tradition originated with Gary’s love of Disneyland.  From the time his oldest kids were very young, Gary was allowed to attend Biology and Zoology educational symposiums at Disneyland and with the food and gas money provided he would pack up the whole family and head for “the happiest place on earth.”  It became an annual family road trip adventure where the family would stay in one of the Disneyland Hotel Garden Rooms.  Gary would attend classes during the day and then spend evenings and nights with his wife and kids enjoying the park or relaxing around the Jungle themed bungalows.  As Gary’s family has grown over the years, these traditions have only grown more deeply rooted and the joy found in building magical family memories continue to bless the lives of his children and grandchildren.

Considering all of the great accomplishments and blessings achieved throughout Gary’s life, the greatest among them was his resounding faith in our Savior Jesus Christ.  Gary possessed a powerful testimony of the Book of Mormon and the restored gospel of Jesus Christ through the prophet Joseph Smith.   Gary was a faithful and stalwart member of The Church of Jesus Christ of Latter-Day Saints. He served as a Bishop twice, Stake High Councilor, and Missionary Training Center (MTC) Branch President, among many other leadership positions. He especially loved working with the youth and sharing his powerful testimony of the Book of Mormon. He had infinite patience and an uncanny ability to persevere through challenges. His life was indeed a life of service to others.  He led by a humble yet powerfully contagious example.  Even during the last couple of weeks of his life, while the fight for his health became the most difficult, Gary was still bearing testimony to the nurses that would come to assist him.  Ever the teacher, he sought to change and improve the lives of others. To the very end he fought a good fight, he finished his course, and he kept his faith.

Hanging in Gary and Sharra’s living room is a handcrafted engraving which reads “Tis more blessed to come, than it is to go.”  It symbolizes their love for having family continually return home where they will always be loved and welcomed.  The time has now come for Gary to return home where he is with his son Garth and will await the joyous day when he will be reunited with the rest of his loved ones.  He is survived by his sweetheart, Sharra, his children Tanna Kay (Russell Johnson), Gary Kevin Booth (Kathy), Tarra Lee (Dave Anderson), Tammi Vee (Todd Mitchell), Terri Lyn (Glazier Ward), 15 grandchildren, 12 great grandchildren and a brother Jack Booth. Father, Dear, Dad, Faz, Grandpa, Bampas, Jedi Master, “Oh Captain, my Captain”, we love you…you are the best there is- the best there ever was -and the best there ever will be.

To order memorial trees or send flowers to the family in memory of Dr. Gary M. Booth, please visit our flower store.