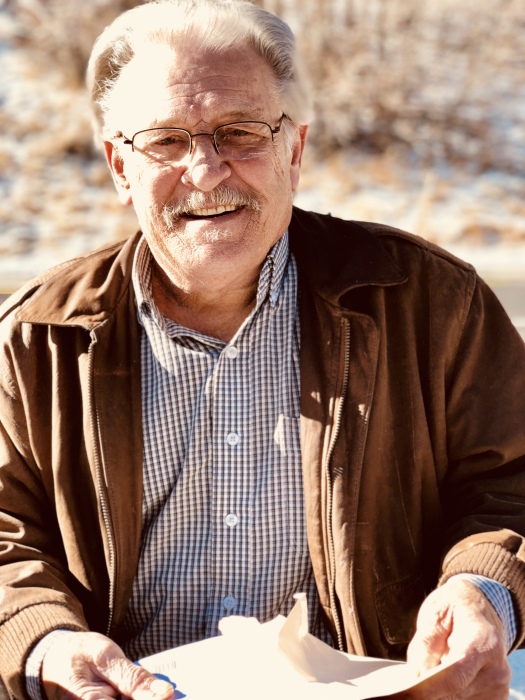 Don was born November 19th, 1947 in Comanche Oklahoma to Ray and Ida Yearby followed by a brother, Terry, 6 years later. The boys spent their early childhood going between Texas and Oklahoma, before the family eventually decided to move west to southern California.

After the move to California Don enjoyed surfing and developed a huge passion for cars. He never lost his affection for cars .... he had many through the years. He loved his Porche 944, low rider trucks, Camero, VW bug and of course, Corvettes! In fact, his favorite car was his forest green 1991 Corvette. In his opinion the faster the better!

He was called into service with the army in 1969 and was a Vietnam vet. He did not talk much about those times but the war was with him his whole life.

He married Cindi Roe on Dec. 1, 1973 in Fullerton California. From there he and his bride moved to Salem Oregon where he found employment with Viacom Cable Vision (Xfinity) for 20 years. The couple went on to have one daughter, Wendi, in 1977. He loved his family and was a great father and husband. Don and Cindi also welcomed Wendi's friend, Jenny in the family and treated her as their own. He loved going to Powerland car shows, Hot August Nights, and anything car related. Oh and you better have a rag handy to wipe his car off if you get your fingerprints on it as Wendi and Jenny (as well as many others) were reminded often. In 1997 his beloved wife Cindi passed on, and he had a hard time adjusting to single life. He did find solace in a small group of friends, but his heart never fully healed.

Along with working for Viacom and being a family man he was 1/2 owner of the Paperback Exchange from 1995 until the store was sold in 2005. The store brought a lot of comfort to the brothers knowing their mother Ida Yearby worked hard to build the business into a Salem staple for used books. The store was in the Yearby family for 50 years.

In recent years he was plagued with multiple health issues. He moved to Pleasant Grove, Utah in 2017 so he could be closer to his daughter Wendi. Wendi did her best to help him recover from surgeries and get him to appointments. Of course he hated having to do any of it, so Wendi had to work hard at getting him to go. He was very close to his grandkids, Keegan(14) and Annika (10). They really enjoyed Papa Donny being around and telling them stories about walking up hill in the snow 100 miles to school. He loved his grandkids very much and they loved him right back.

The last straw for Donny was another infection that would require major painful surgeries and long recoveries that might not have even fixed the issues. He decided, enough was enough. He just wanted to go home, sit in his chair, drink his coke and watch TV. Wendi & Terry worked with the hospice staff to get him home. They made him as comfortable as possible and cared for him until he passed quietly, with the two of them by his side, a week later. They were able to tell him it was ok to go, and that he was loved. Terry & Wendi were so glad Don knew he was loved right up until the very end. He will be missed greatly by his family and friends.

He is survived by his daughter Wendi Ernst, her husband Kevin and their kids Alex, Keegan & Annika. His brother Terry Yearby and his wife Theta, as well has his niece Shyla Mcdade & newphew Chris Yearby. Though we will all miss him forever, we are all so glad he is in a better place. We take comfort in knowing he is with his loved ones who proceeded him in death, his sweet mother Ida Yearby, his beloved wife Cindi Yearby and his best buddy and uncle, Jerry Duncan. In lieu of flowers please donate to Veterans Affairs.

To order memorial trees or send flowers to the family in memory of Donny Yearby, please visit our flower store.