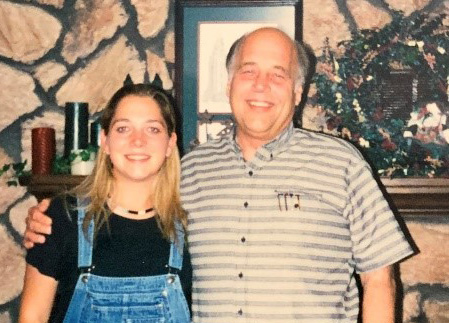 When Donald Wayne Winters was in grade school, he was consistently tardy, even though he left home in plenty of time. He father Wayne followed him one day, and the answer was clear. Everything seemed to fascinate his little boy. He would circle a tree, look up at the sky and bend down to examine the bugs on the sidewalk. He sauntered to school, which explained the lateness.

Even as an adult, he liked almost everything. He was fascinated in topics ranging from science and philosophy to literature and science fiction. He loved it when people compared him to a renaissance man and selected law as his vocation, in part, because of his imposing stature, his intellect and his golden broadcast voice.

Don Winters was born in Salt Lake City on September 12, 1949 as the second son and second of six children of Wayne Street and Deane Sargent Wright Winters. He died September 26, 2020 of heart failure at Stonehenge, a skilled nursing facility in American Fork, Utah.

He distinguished himself with his intelligence, and his peers often referred to him as a walking dictionary. He wanted to excel in sports, though, and joined the high school wrestling team. His senior year he qualified for and competed in the State of Utah competition.

Don entered Brigham Young University on scholarship as a Sterling Scholar and national merit semi-finalist. He worked two summers in Yellowstone National Park before embarking on a mission in the Northwestern States Mission for The Church of Jesus Christ of Latter-day Saints. He received the Northwestern award so many times, the mission president retired it, because Don was consistently winner each month. He also served as an assistant to his mission president.

After passing the bar, Donald set up a private practice, retiring several years ago when poor health intruded on his abilities to maintain his law business.

He married Charlene Renberg in the Salt Lake Temple, and their marriage lasted from 1973 to 2000. They finally and happily had a daughter, Natalie Dawn Winters, in 1978. He also had a brief second marriage to Kelly Coleman.

He was preceded in death by his parents and his sister, Kathleen Winters Drummond. He is survived by his siblings Michael Dennis (Marilyn), Robert Brian (Janet), David Lee (Sarah) and Matthew Clair (Katrina). He is also survived by his daughter, his son-in-law, Joshua Kimball Lewis, granddaughters Mackenzie Dawn, Jocelyn Charlene and Scarlett Wynter Lewis, and good friend, Lanea Price.

Graveside memorial services called a Celebration of Life are planned Thursday at the American Fork Cemetery.

To order memorial trees or send flowers to the family in memory of Donald Winters, please visit our flower store.