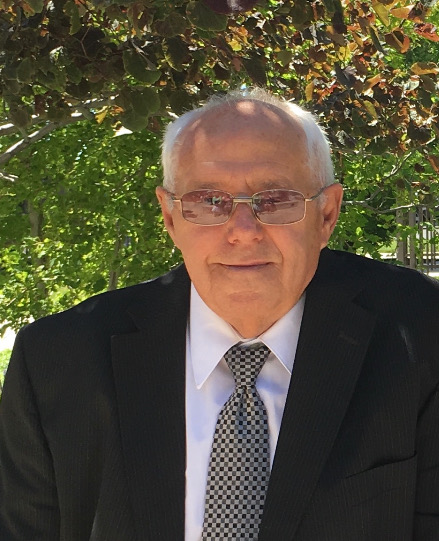 Our beloved father, grandfather, great grandfather and brother Donald “Dean” Rigby Jr. passed peacefully into the arms of his Heavenly Father and sweetheart “Lola Elva Hatfield” on June 15, 2021, from a long lingering illness and a broken heart from when mom past just 7 months ago.

Dad was born on July 11, 1938 to Donald & Wilda Rigby, dad was the oldest of 4 children. Dad is preceded in death by his parents, his sister Janet Walters and Brother Bruce Rigby. He is survived by one sister Betty (Craig) Hatfield of Springville UT.

Dad met and married his eternal companion Lola Elva Hatfield on March 6th, 1959 in Springville UT. Their marriage was later solemnized in the Mt. Timpanogos Temple on November 9th, 2013. Together they have a wonderful family of 3 children, 10 grandchildren and 18 great grandchildren.

Dad worked at Kennecott Copper Mine for 40 years retiring January 1, 2000. He co-owned a gas station “D & R Services” for many years. He also worked for Duff Shelly Mower and Cycle (in his younger years) this is where he learned to love riding tote goats and motorcycles, which he raced.

Dad loved the outdoors and had many hobbies. He loved to golf, which he did for many years until this illness would not allow it. He also loved fishing and hunting. He would go with family and sometimes just with the guys, sometimes they didn’t even have a license, but good times were had by all. Camping up Fairview canyon over the 24th of July was one of our family’s favorite memories and vacations. Some of Dad’s family still carry on this tradition now. He loved bowling in his younger years. He was a very good bowler and had his name listed on high rolling boards around the alley.

Dad was usually a quiet man, but was very quick witted, he could make us all laugh with his one liners. Dad was a determined, strong willed man right up to the day he passed away. We will miss your “yep” and “you bet” to any question. Thank you so much for allowing us to take care and spend time with you these last seven months. We will cherish that time we had with you and look forward to being with you and mom someday.

We would like to give a special thanks to his nurse Jessica and Valeo Hospice Care for the wonderful service provided.

To order memorial trees or send flowers to the family in memory of Donald Rigby Jr., please visit our flower store.