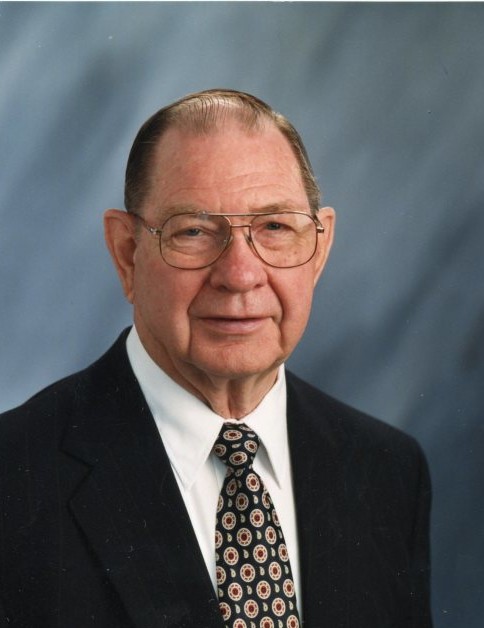 Donald Walter Fowler, our beloved father, husband, grandfather, and friend passed away peacefully March 2, 2019.  He had recently celebrated his 90th birthday.  He was born January 20, 1929 in Salt Lake City, Utah the second of two sons of George William and Evenda Ericksen Fowler.

He was raised in Salt Lake City, and graduated from South High School.  He served a mission in Toronto, Ontario, Canada from June 1948 to August 1950.  He married his sweetheart Cleah Neilson on December 27, 1950 in the Logan LDS Temple.  A few days later, he and Cleah left for Keesler Air Force Base in Biloxi, Mississippi, where he was stationed for four years in the U.S. Air Force.  They had 53 wonderful years together and raised two daughters, three sons, and a foster daughter.  His wife, Cleah, passed away in 2004, and he married LaDean Cole Johnson in 2005.  They have been together for nearly 14 years and have experienced a wonderful companionship.

Donald is survived by his wife, LaDean, two daughters, Vickie (Phil) Marrott. and Julie Goodman, a son Ronald (Kyung) Fowler, and a foster daughter Karen (Carter) Williams.  He has 16 grandchildren, and 10 great grandchildren who also survive him.  He was preceded in death by his parents, his wife, Cleah, a son and daughter-in-law, Steven and Beverly Fowler, a son Mark Fowler, and a brother George Fowler Jr.  Don has been an active member of the Church of Jesus Christ of Latter-Day Saints all of his life.  He has served in many leadership positions including branch president, bishop and counselor in the Stake presidency.  He worked as an accountant for Utah Power and Light Co. until his retirement.  After that, he and Cleah served a church mission to Cambodia.

To order memorial trees or send flowers to the family in memory of Donald Fowler, please visit our flower store.