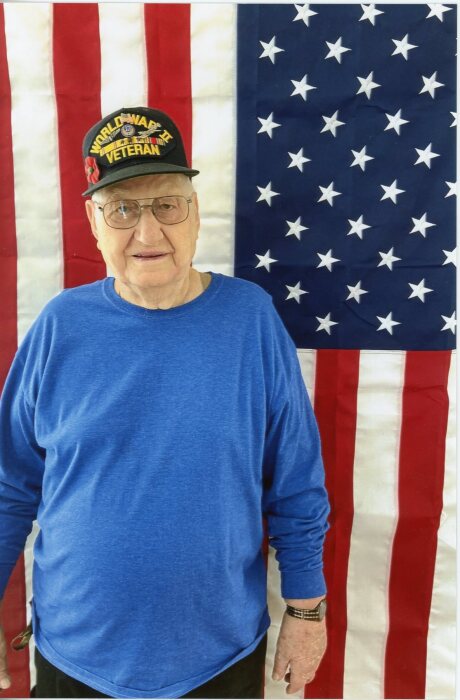 Donald Hugh Cameron, 96, of Lehi, Utah passed away peacefully September 4, 2021.  Born May 31, 1925 in Willits, California the son of Herman J. Cameron and Ina G. Rockwell Cameron. He married Edith Hildebrand and they later divorced. He later married Kathryn Gray in Carson City Nevada in 1968 she preceded him in death May 14, 2012.

Don served his country in WWII in the South Pacific as a nose gunner on a B-24 Bomber crew, with the 307th heavy Bombardment Group 13th Air Force. Don worked for the National Parks service for 20 years.  He was a fun loving person who loved to joke and laugh with friends and family.  He was an avid genealogist and loved chasing and documenting his own family history.

Send a gift or donate to the family
To order memorial trees or send flowers to the family in memory of Donald Cameron, please visit our flower store.