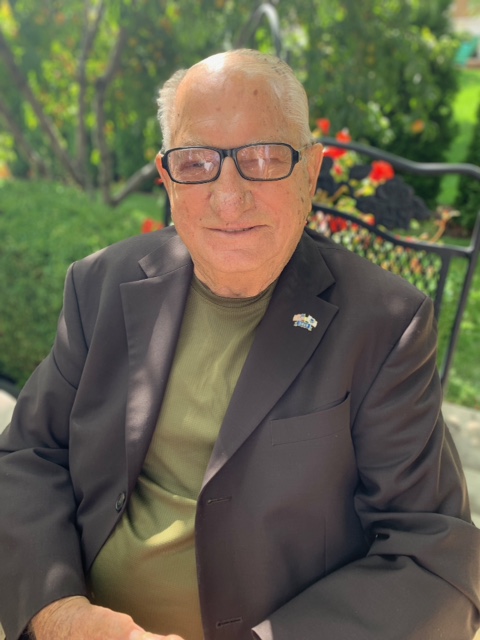 He grew up in Alpine, Utah but moved to American Fork when he was 18 years of age. He graduated from American Fork High School and also attended BYU. He served in the US Navy until the end of WW II. He worked as an Accountant for 39 years at US Steel’s Geneva Works in Lindon. He operated a painting and wallpapering business most of his working years and after his retirement he drove school bus for 10 years.

He was an active member of the Church of Jesus Christ of Latter-day Saints where he served in many callings. He also served as a temple worker, a clergy volunteer with Intermountain Health Care and as a missionary with his wife in the church’s Member Locator Center.

He loved the outdoors and enjoyed hunting, fishing, golfing and running road in the back country. He was a jack-of-all-trades, a wise and righteous man that loved his family more than anything else. He will be greatly missed by his family and all that associated with him.

Funeral services will be held Tuesday, September 24, 2019 at 11:00 AM in the Grove 2nd Ward building, 2433 West 450 South, Pleasant Grove, Utah. A viewing will be held on Monday, September 23rd from 6 to 8 pm at Anderson & Sons Mortuary, 49 East 100 North, American Fork and on Tuesday from 9:45-10:45 AM at the church prior to the services. Burial will be in Alpine Cemetery. Please share a memory of Dallas at andersonmortuary.com.

To order memorial trees or send flowers to the family in memory of Dallas Strong, please visit our flower store.