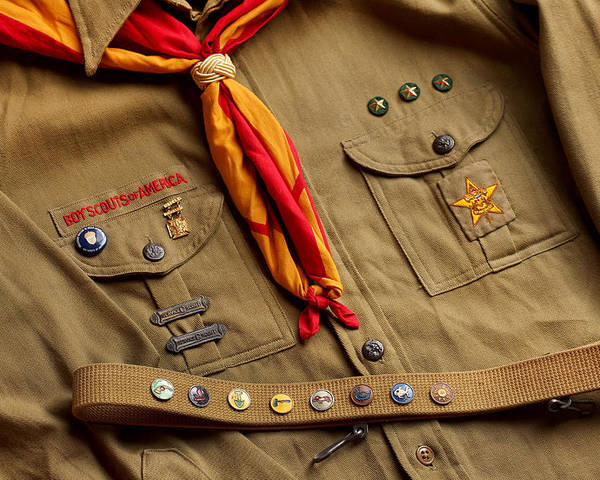 He was born at American Fork Hospital, Utah to Minnie A. Farnsworth and Norton 0. McDaniel and was taken home to Alpine, Utah. His older brother Milon was already on board. Two sisters, Caren and Judy and one more brother, Byron would join the family. McDaniel is a familiar name in Alpine and the families lived close to each other. Craig grew up with cousins and aunts and uncles nearby. He also grew up hiking, exploring, and hunting with his brothers, cousins and father in his beloved mountains above his home.

Craig attended the local schools in Alpine and American Fork. While attending American Fork High School, he played football, wrestled, and was involved in the DECA program. Craig was awarded Most Valuable Lineman in 1969-1970 for football. For his participation in DECA, he was given a trip to the DECA conference held in Minneapolis, Minnesota.

Craig learned the value of work in various ways, but perhaps his best learning experience happened on the farm above his home. His uncle owned the farm and Craig along with Milon, Byron and his cousin Kirk helping at times, Craig ran the dairy farm. He milked cows, hauled hay, moved sprinkler pipe, fixed machinery and did all the jobs associated with a working farm. Summer months were busy with long days. Craig did not appreciate cows, but he learned the value of patience, thinking through problems and finishing a task. These traits would serve him well in his life.

Craig attended BYU and worked towards a degree in Business Management. He attended school on campus and lived at home. During the college summers, he worked in McCall, Idaho, with his brother Milon as a surveyor for the Forest Service. He wanted to be a smoke jumper, but when he went to apply for the training, he saw two guys with crutches sitting outside the smoke jumping office. They both had broken their legs smoke jumping. Craig decided to stay with surveying.

One fateful summer, he decided to stay home to find summer employment. His next-door neighbor had a date arranged for him, a fishing date. Craig and Kathy Carter met in June. They were engaged in August and were sealed in the Manti Temple in December. On the way to Manti, an essential engine part in the car stopped working. Craig had to find the auto parts store, get the emergency number, get the store owner to open, and sell him the part. He rolled up the sleeves of his white shirt and in the middle of a snowstorm, but with a new part and they proceeded to Manti. Kathy taught at American Fork Junior High and Craig finished his schooling at BYU. They lived in a house, a basement apartment, and a condo until 1977 when they moved into their present home the day their oldest son Adam turned one year old. Craig and Kathy would have been married 47 years in December.

Craig had various jobs after graduation: he sold insurance, he finished cement, he was a manager at Luther's BBQ, he sold cabinets at Oscar E. Chytraus, and he had his own appliance business; Baker's Appliance. Finally, he found his niche. He was hired on December 9, 1985 to work for Waxie Sanitary Supply. At Waxie he was a salesman, general manager, sales manager and retired from the company as a General Manager for the Western Region. In 2009, Craig helped dedicate the new Waxie Salt Lake City building. In 2015, Craig helped celebrate Waxie's 75th anniversary. Craig retired from Waxie on June 20, 2017. Kathy and Craig had wonderful opportunities to travel with rewards from Waxie. Who knew selling toilet paper could get you a trip to Hawaii?

Craig was active in the Church of Jesus Christ of Latter-Day Saints and served as a scout master, in the young men's program, a counselor to Bishop Lamonte J. Dansie and the Bishop of the American Fork ward. While Craig was having dialysis three times a week for three months, he had the opportunity to listen to all the standard works save the last few chapters in the New Testament. A tender mercy in a not so tender situation.

Craig was also a scouter. He attended Wood Badge in the year of 1981 and his life was changed. After that course, he took all the scouting training courses that were offered. He achieved his ordeal, brotherhood, and vigil in the Order of the Arrow. After years of service Craig was awarded the Silver Beaver. He continued his scouting adventures being a merit badge counselor and finally creating his own web site and participating in adult scouting activities. His favorite place was "working with the boys." Craig attended six National Scout Jamborees, often with his dear friend Larry Gordon.

Craig enjoyed staying in touch with his brothers and sisters. Byron's tragic death in November of 1982 further deepened Craig's commitment to his family. He and Kathy enjoyed going to Los Hermanos with Caren and Lynn and Lynn's barbequing talents, driving to Judy and David's, and enjoying the beauties of Glenwood Springs, Colorado and visiting Milon and Joyce in Caldwell, Idaho. Craig's cousin Kirk was his other brother. Kirk and his wife Jan lived two blocks from Craig and Kathy, and they enjoyed activities together. Memorial Day at the Alpine City Cemetery was a time of visiting with family members and "catching up."

Craig was preceded in death by his parents Minnie A. McDaniel and Norton 0. McDaniel, his in-laws, Karen and George Carter, his brother Byron McDaniel, and his aunts and uncles. He is survived by his wife Kathy, sons Adam (Marti) and Kenton (Mika) and seven exceptional grandchildren: (ladies first) Megan, Brooklyn, Eleanor, Olivia, and Pearl and two exceptional grandsons Connor and Andrew. Craig loved his grandkids and his boys and their wives. He is also survived by seventeen amazing nieces and nephews, sister Caren (Lynn) sister Judy (David) and brother Milon (Joyce), brother-in-law Steve (Mary) and brother-in-law Kim (Linda) and cousin Kirk (Jan). Family activities were a priority for Craig and Kathy and there are lasting memories of our association with our dear ones.

Lots of love to our dear friends and neighbors. Thank you for your service to our family. Thank you to our 33rd ward family. You are the ultimate ministers! Instead of flowers, please, please donate to a charity of your choice. Now is the time for us to give.

A viewing will be held at the American Fork 33rd ward, 1305 North, 100 East, American Fork, Utah from 9:00-10:30 AM on October 3, 2020. A SignUp Genius button is on Craig’s Obit page at andersonmortuary.com to schedule a time to visit. Wearing a mask is required and social distancing is required. There will be a graveside service in the Alpine City Cemetery, 400 Grove Drive at 11:30 AM. Masks and social distancing will also be required at the graveside service.Please share a memory at andersonmortuary.com.

To order memorial trees or send flowers to the family in memory of Craig McDaniel, please visit our flower store.