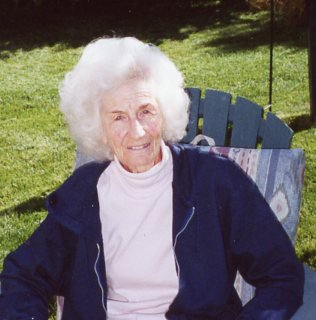 Connie Read Carlson, 94, passed away peacefully in her sleep on March 25, 2018, in American Fork, Utah.  Born June 11, 1923 in Smithfield, Utah to Joseph Benjamin Read and Sarah Mae Downs Read.
She learned the value of work early working on the family farm.  Her motto was "to work is a privilege".  She attended Summit school and graduated from North Cache High School.  Mom had many talents and jobs.  She worked as a clerk typist and typist in Ogden, worked in an airplane factory in San Diego, bank teller for Logan Bank and her favorite job was in the accounting department for Sears in Salt Lake.
On February 5, 1949 she married the love of her life, Rulon C. Carlson in Salt Lake City.  She was a member of  LDS 4 th ward  most of her life, and held many positions in Sunday School, Primary, and Den Mother in her younger days.  Mom loved gardening and had a beautiful vegetable and flower garden  every year.  She was a wonderful cook and was known for her pies.  She was a beautiful seamstress and loved to crochet and read.  She was positive in all things and had always made us laugh and smile.
Connie is survived by her children:  Wallace Jay Carlson, Jo Ann (Curtis) Burch, William Russell Carlson, grandchildren: John Russell Carlson, Eric Shilo Carlson, Jarom Reid (Racheal) Carlson, Jake Logan Carlson (her pride and joy), 1 great grandson and another one due in September.
She was preceded in death by her husband, parents, daughter-in-law Treva Ann Carlson, sister Eva Phillips, brother Wallace Joseph Read, and two nieces, Peggy Jean Gay and Kristine Dee.
Graveside services will be held Friday, March 30, 2018 at 11:00 a.m. At the American Fork Cemetery  Please share a memory at andersonmortuary.com.