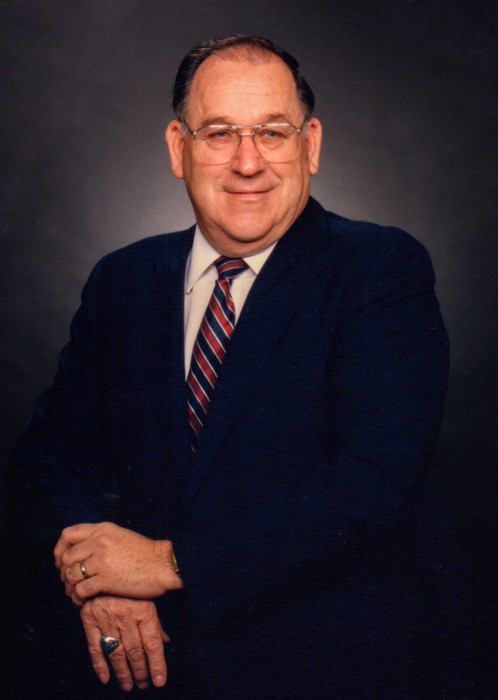 Clinton DeVell Davis, age 92, died peacefully on Wednesday evening November 24th in American Fork, Utah surrounded by his loving family. Clint was the last of his siblings to pass to the other side of the veil. He is survived by his sweetheart of 61 years, Carmen Shumway Davis, and their children Keri Fawcett (Mark), Jim (Chanda), Marc (Karen), Ted (Cindy), Linda Allen (Steve), Jeff (Amy) and Tony Rosales (Alicia). In addition, Clinton is survived by 27 grandchildren and 13 great grand-children.
On July 30, 1960 Clinton married Carmen Shumway in the Manti, Utah Temple. They met at a church social in San Diego where Carmen was living and teaching first grade. They subsequently had six children plus a foster son. Throughout the years they opened their home to many family, friends, and visitors who stayed at the "Davis Hotel" located at 4307 Lerida Drive.
Clinton was born August 11, 1929 on a farm in Glenwoodville, Alberta Canada. In 1934 his family resettled in Spokane, Washington where he grew up. He learned from his parents to work hard and helped the family survive the Great Depression by raising rabbits for meat, thinning apples, and working the summer wheat harvest operating heavy farm equipment. He graduated from Lewis & Clark High School in 1947.
Clint served for two years in the United States Army (March 1950 - March 1952), during the Korean War. After his military service, he worked in Spokane, WA where a friend, Norm Radley, encouraged him to apply to Brigham Young University (BYU). No one in his family had attended college previously, so he politely turned him down. However, his friend, unbeknownst to Clint, turned in a college application to BYU for him and he was accepted. Clint graduated from BYU with a Bachelor's Degree of Business in 1957.
He was hired out of college by the North British Insurance Company which sent him to New York City for one year for training. After completing his training, his first assignment was in San Diego, CA where he subsequently lived for the next 40 years. In July of 1960, he joined the firm of Milton R. Cheverton Insurance Company where he later became a partner, retiring in 1990.
He served on the board of many civic organizations in the San Diego area including the San Diego Blood Bank. Clint was an avid entrepreneur and started several businesses with friends and family. The most successful of these businesses, which opened in 1968, was a taco stand in Provo, Utah known as Taco Bell. This franchise eventually grew to 13 Taco Bell restaurants located throughout Utah before the business was sold in 1993.

Clint's faith in the Lord Jesus Christ was deeply felt. He loved God and his Son, Jesus Christ, and lived his life faithfully. He was known as a man who was dependable, and who worked long hours to further the work of the Lord. His word was his bond. He was a doer of the word, one who would rather have a project in hand than a hobby to practice. Having been raised in very humble circumstances, he was especially mindful of those who needed a helping hand   and was quietly generous to family, friends, and strangers.
Clinton will be deeply missed. We share an eternal feeling of gratitude for the life he lived and shared with us.
-----
Viewings: Thursday December 2, 2021 from 6 p.m. to 8 p.m. at Anderson & Sons Mortuary at 49 E. 100 N. American Fork, UT. Prior to the funeral on Friday December 3, 2021, from 9:30 - 10:30 a.m., a viewing will be held in the Relief Society Room in The Church of Jesus Christ of Latter Day Saints building at 811 E. 500 N. American Fork, UT 84003.
Funeral: Funeral services will be held at 11 a.m. on Friday, December 3, 2021 at the LDS church located at 811 E. 500 N. American Fork, UT 84003.
Remote viewing of the funeral services will be available via Zoom. To join from a PC, Mac, iPad, iPhone or Android device, please click this URL:
https://us02web.zoom.us/j/88037429603?pwd=ZUNvQ1FJenhubndsdEVuS1VPSEk3dz09

Interment will take place immediately following the funeral at the American Fork Cemetery.

In lieu of flowers, the family asks that donations be made to the LDS Church Humanitarian Aid
Charity - https://philanthropies.churchofjesuschrist.org/

Click Here to Send a Meaningful Gift or Donation
To order memorial trees or send flowers to the family in memory of Clinton Davis, please visit our flower store.