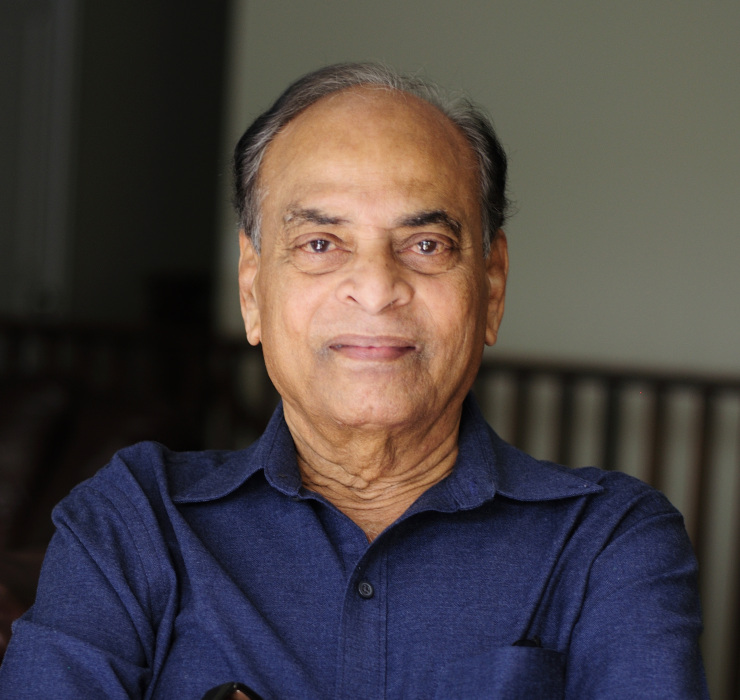 Chandra Palagiri, 73, a loving son, husband, father, father-in-law, grandfather, friend, cricketer, and a trusted advisor passed away on July 13th due to a cardiac arrest.

Born on 15th April, 1948 to Suryanarayana Raju and Saraswathi in a beautiful South Indian town called Hindupur, he grew up with three siblings before moving out to the coastal city of Madras, eventually settling down in the city of Hyderabad, India.

Though he lost his father at the age of 14, he went on to get a bachelor’s degree and work in the same organization as his father. His passion for cricket made him the lead batsman for his organization and he competed with other state electricity board teams. He eventually proceeded to establish his own cricket club, fondly named, Cosmos Cricket Club, which has been giving opportunities to dozens of budding cricketers for the last three and half decades.

He married his love at first sight, Vara Laxmi on June 15th, 1974.  Their complementary personalities helped create a strong family and they had three children, Kiran, Sirisha, and Shashanka. He is remembered as a doting but disciplined father. His friends and family admired his open and broad minded thinking and always relied on him for guidance.

His love for travel took him to many countries like Japan, Hong Kong, Malaysia and Thailand – a rarity for Indians in those times. Sharing interesting stories and experiences from those travels with all gave him immense pleasure. He first visited the USA in 2011 and cherished visiting the crown jewels of tourism- New York, Washington, Chicago, San Francisco, etc.

He is preceded in death by his mother - Saraswathi, father – Suryanarayana Raju, and wife- Vara Laxmi. He is survived by his kids, Kiran (daughter-in-law-Vignya), Sirisha (son-in-law-Sudheer), and Shashank. He has four adorable grand kids, Vasishta, Vedagnya, Sreenika, and Saitejas. He took immense pride in them and his affection for them knew no bounds.

Anderson & Sons Mortuary is inviting you to a scheduled Zoom meeting.

To order memorial trees or send flowers to the family in memory of Chandra Palagiri, please visit our flower store.