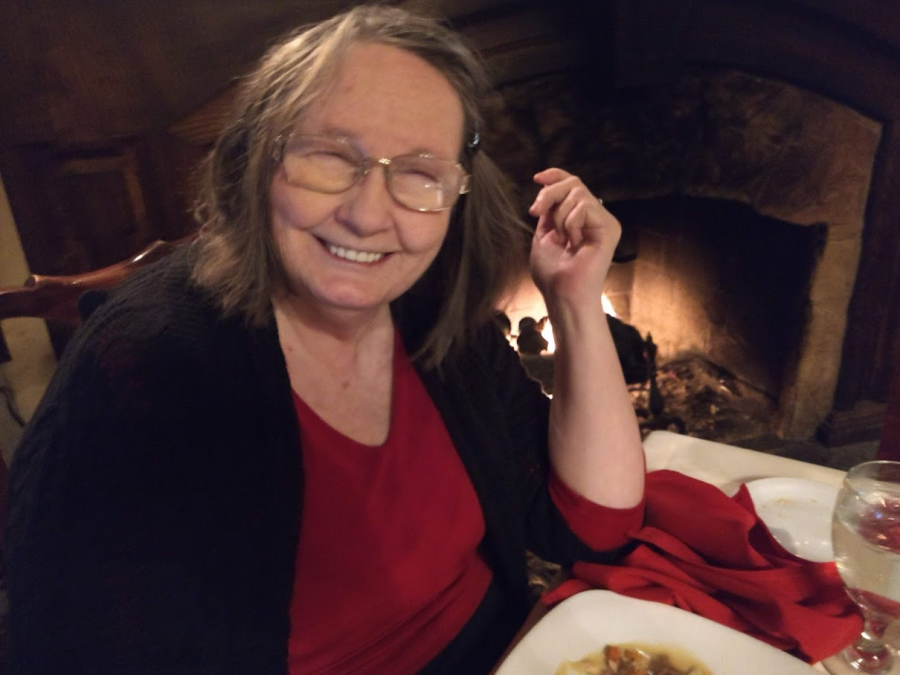 Carol Ann St. Clair, whom her friends knew as Anna, passed away unexpectedly but peacefully at home in American Fork Utah on September 21st, 2021. She was born in Whittier California on August 11th, 1946, to William Davis McKnight and Erma Bell Loviette. She grew up in Long Beach California and attended Banning High School. She was a lifelong member of the Church of Jesus Christ of Latter-day Saints and served in many ward and stake callings throughout her life, including Primary, Young Women, and Sunday School. She spent four decades as a Family History Consultant, teaching hundreds how to do effective genealogical research, and helping them with their difficult research problems.

She began playing the piano as a young girl and became a proficient performer and a teacher to dozens of musicians of all ages. During most of her adult years she was in great demand to accompany others and play for events like wedding receptions. A lot of people develop great skill with the piano through years of practice. Few ever develop the ability to have such great expression in their playing as did Anna. Listening to her practice was like attending a concert.

She and her husband Noah McKenzie St. Clair, whom friends knew as Mike, raised seven wonderful children, all of whom survive her. They are Scott, of Oceanside California, Thane (wife Nickhol) of Tooele Utah, Justin, of Midvale Utah, Molly (spouse Liz) of Minneapolis Minnesota, Emily (spouse Brian), Heidi (spouse Kris) of Pleasant Grove Utah and Heather, also of Pleasant Grove. Her first child was born in California, with other children joining the family in Maryland and Virginia. They relocated to American Fork 35 years ago. Anna also left nineteen grandchildren and two great grandchildren, with a third on the way. She was preceded in death by her parents, her sister Jackie, and her brother Dean. The piano students she enjoyed the most were her children and grandchildren, and her family was everything to her. Her children were her gift to the world, and her grandchildren and great grandchildren were her children’s gifts to her.

With a large family to raise, there was not sufficient time to work outside the home until later in life. After attending Brigham Young University for three years, when husband Mike graduated it was time to move on from the poor student phase of life to him having a real job and raising the children. After the last of the seven was in high school Anna became a college student again at Brigham Young University, earning a bachelor's degree in History, with a specialty of Family History. Competing as someone who had been away from school for a long time, with the best and the brightest who were entering from high school, she did very well. In two years, she only got one grade lower than an A, which was an A-. She then put that new knowledge to work doing professional genealogical research for Legacy Tree Genealogists and editing the research reports of her fellow professionals. She loved doing research and loved teaching and helping others to improve their research skills.

After she and her sweetheart retired, they served the next couple of years as missionaries in Salt Lake City, helping those using FamilySearch. Over the course of the next decade, they served together as missionaries with Family Search for seven of those years in Salt Lake, at the Record Operations Center in Orem, Utah and from home, until the time came that she could no longer sit at a computer for several hours at a stretch.

She was born with severe scoliosis but did not let that slow her down as she enjoyed and participated in sports like softball, basketball, and volleyball up until her mid-forties. As she got older, deterioration in her backbone led to long term and chronic pain that the doctors were not able to eliminate because of the misshapen backbone she was born with. But with the help of pain management specialists, she was able to have a few hours each day to live normally.

Anna believed strongly in the reality of the hereafter and that she would be together with her family again. She loved the temple and the connection it gave her to her own ancestors and has been welcomed home enthusiastically by the thousands for whom she performed or enabled proxy temple ordinances.

The family expresses their great appreciation to Karee Yates of IHC Pain Management for her compassionate help with pain over the years, Dr. Mark Hafen, for his help in making this past year more comfortable, the American Fork Fire and Rescue for their quick response and valiant efforts to revive her and American Fork Hospital for their efforts to do the same. We appreciate all the great friendship and support she received throughout life and especially during these last difficult weeks from friends, neighbors, ward members and relatives.

Anna’s funeral will take place on Tuesday, September 28th, at 11 am at the Anderson and Sons Mortuary, 49 East 100 North, American Fork, Utah, with a viewing before from 9:45 to 10:45 am. The burial will take place right after the funeral at the American Fork Cemetery. Please share a memory of Anna on her tribute wall.