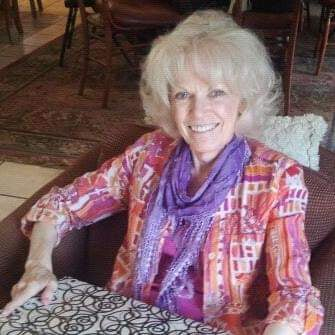 CAROL JULIAN WARNICK passed with honors from her earthly test to the next step in her Heavenly Father’s “Plan of Happiness” on Friday, July 22, 2022 at age 83. She leaves behind her husband of nearly 62 years, Robert (Bob) William Warnick and three children: Gina Warnick Rockefeller, Troy Julian Warnick, and Daren Robert Warnick. She is now enjoying a reunion with her youngest son, Anthony William Warnick who preceded her by about six years at age 45.

Carol was born on February 24, 1939 in American Fork to Gayle and Etta Julian and lived in American Fork until her marriage in the Salt Lake Temple on Nov. 18, 1960. She and Bob began their foreordained and quasi-fairytale courtship in high school and it continued for five more years while Bob served two years in the Army and two years as a missionary in Ontario, Canada.

Following High School graduation in 1957, Carol pursued additional stenographic and administrative training at BYU, the U of U, and in the office at Chipman’s Mercantile. She started the job of her dreams with the Salt Lake City office of the FBI after she and Bob were engaged, and Bob was leaving for his mission. She worked in the excitement and high pressure of the FBI for two years at which time she quit to tour Europe with a girlfriend, arriving home in August, near the same time as Bob. They were married in November and were rarely apart for the next 62 years, other than an occasional night when Bob’s employment and young children at home, required him to travel without Carol.

Carol and Bob moved to Salt Lake City in the summer following their marriage so Carol could find better employment and Bob could prepare for Law School at the U. This was the beginning of Carol’s career as a legal secretary and a secretarial supervisor and committee and research secretary in the Utah Legislature. Many of the remainder of her full-time working years were spent in the legal profession although she did branch out on occasion when she worked as an Administrative Assistant for the LDS Church in Security and Physical Facilities, for a Utah Valley Hospital Administrator, and for six years for the American Fork Police Department. She added to that 10 years as Executive VP for the American Fork Chamber of Commerce.

Carol always felt her main calling in life was to be a mother and she and Bob were blessed with four outstanding children. Many of the teenagers that ran with the Warnick kids admitted coming to the Warnick home as much to spend time with Carol as with their friends. Carol was devoted to her husband, her children and her church, and not always in that order. She served as president of Primary, Young Women’s, and Relief Society more than once in the various wards that they lived in in American Fork, Salt Lake valley and Minnesota and was always available for some one-on-one, especially with the youth. She supported herself and Bob while he completed his Master’s Degree from the U, and even though her interest in politics was nowhere near what Bob’s was she was always there when he needed her by his side, and even though her health slowed her down she was able to serve as an ordinance worker with Bob in the Salt Lake Temple for nearly 10 years, being released only when her body wouldn’t cooperate anymore.

Carol is one of those special women who can be called “An Elect Woman in Zion.”

Please click on the link below to watch Carol's services via Live Stream:

Send a Meaningful Gift
To order memorial trees or send flowers to the family in memory of Carol Warnick, please visit our flower store.