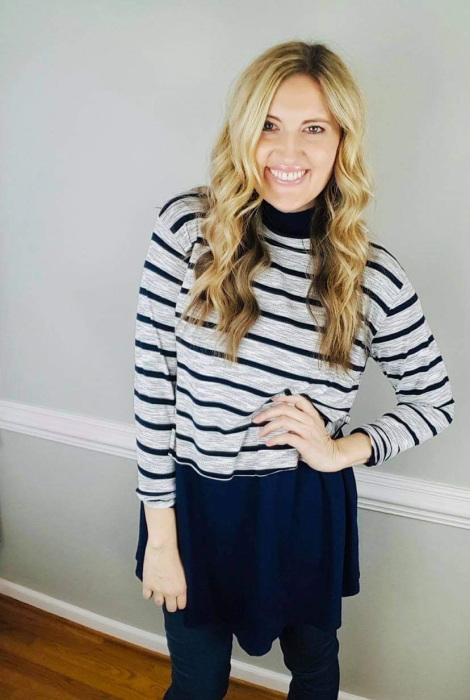 Camie Pack Larsen, 36 year old wife and mother, passed away on September 19, 2020 in Cedar Hills, Utah. Camie left us after a short but very difficult battle with Cancer. She passed away peacefully at home with family nearby.

Camie was born on April 10, 1984 in Salt Lake City, Utah to Steven and Cindee Pack. Camie lived there until she was 5 years old. She then moved to Grand Rapids, Michigan which is probably where she learned to love the beach and dislike snow. At age 8 Camie moved with her family to Alpine, Utah where she spent the remainder of her youth.

Camie married her sweetheart and love of her life, Richard Larsen, on July 14, 2004 in the Salt Lake Temple. She always referred to Richard as “my handsome husband.” Camie’s first priority was always her family. She put all her efforts into creating a home that was full of love, faith and joy.

Camie was a very valiant and faithful member of the Church of Jesus Christ of Latter Day Saints. She served in many positions including Relief Society, Young Womens, Primary and teaching Sunday School.

After spending the first 7 years of their marriage in Utah, Camie and her husband moved across the country to Jacksonville, Florida. They later moved to Virginia Beach, Virginia which was Camie’s adopted southern home. Camie made countless good friends in Virginia and felt she had found her “happy place.” She loved the many trees, the weather and most of all the beach.

Camie is survived by her husband, Richard. Her three children Daxton (11), Dalton (7) and Everlie (4). She is also survived by her mother, Cindee A. Pack and her brothers, Tyler (Ali) Pack and Colton (Shannon) Pack. She is preceded in death by her father, Steven R. Pack.

The following plans have been made for Camie’s memorial services:

Camie was extremely grateful for the generous acts of kindness and service that she received from her many friends and family. Camie was an angel on earth. Families are Forever.

To order memorial trees or send flowers to the family in memory of Camie Larsen, please visit our flower store.