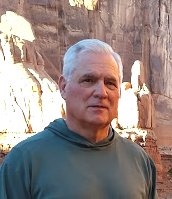 Brian Craig Thompson
Brian Craig Thompson, 63, of Highland, UT, passed away suddenly following complications after a routine surgery. He will be greatly missed.  He was born on January 21, 1955, in Lewiston, ID, son of the late Carol and H. Robert Thompson. While growing up, he lived in Clarkston, WA, Gooding, ID, Salt Lake City, UT, Portland, OR, and Grants Pass, OR. He is survived by his brother, Donald Bruce Thompson (Salem, OR) and his step-sisters Heidi Rice (Petersburg, AK), and Kim Saupan (Blackfoot, ID).  He is predeceased by his sister Denise Robin Thompson. He is also survived by his first wife, Aida Yvonne Cox, and their two daughters, Melanie Spencer (Salt Lake City, UT) and Melissa Thompson (Apple Valley, CA). His children are the loves of his life. He married Janet Eyring, a university professor and soulmate, in 2003 and they were sealed in the Newport Beach Temple of The Church of Jesus Christ of Latter-day Saints.
Brian served a mission for the Church to Dusseldorf, Germany. He graduated with a double-major in English Literature and German and a minor in Political Science from Brigham Young University in 1979.  He also earned a Master of Business Administration from City University in 1984.  Over the course of his career, he served as a national and international tech industry sales manager for several companies before retiring with his wife to Utah to pursue his many varied hobbies and interests.
Brian was an avid reader of books and lover of classical and jazz music. He studied rock, classical, and flamenco guitar. He had a keen appreciation for music, theater, and art and enjoyed attending concerts and visiting museums. He considered himself a William Buckley-style conservative and enjoyed discussing tough, controversial political topics. He was a world traveler, traveling most recently to South America. He exercised regularly and tried to eat healthfully, He was an excellent hiker, skier, and mountain and road biker. He was a member of VeloLOVE Cycling Club in North Utah County and wrote free-lance articles for Cycling West magazine. His most recent accomplishment was riding his bike up-hill to Pike's Peak, more than 14,000 feet above sea level. He loved his Oregon roots and was a die-hard Oregon Ducks fan.
Brian's life has been a life of service. He has served in various capacities in the Church, including bishopric counselor,  high priest group leader, elders quorum president, Gospel Doctrine teacher, and Sunday School and Primary teacher. He also served on the board of directors for the Miller-Eccles Study Group in Southern California. He had an amazing pioneer heritage full of individuals who suffered greatly for their beliefs. For this reason, he relished Church history and materials which strengthened faith and perspective in the restored gospel of Jesus Christ. For the past year, Brian has enjoyed serving as a docent at the Church History Museum.
Brian was a fun-loving, kind-hearted, loyal, and devoted husband, father, uncle, and friend.  His zest for life lifted all who knew him. A private Celebration of Life Service will be held in his honor.  For those who knew of some of his medical struggles, donations can be made in memory of Brian Craig Thompson to the University of Utah Huntsman Cancer Foundation https://huntsmancancer.org/giving/foundation/ways-to-give/in-memory-honor.php
Please leave a memory at andersonmortuary.com.

To order memorial trees or send flowers to the family in memory of Brian Thompson, please visit our flower store.