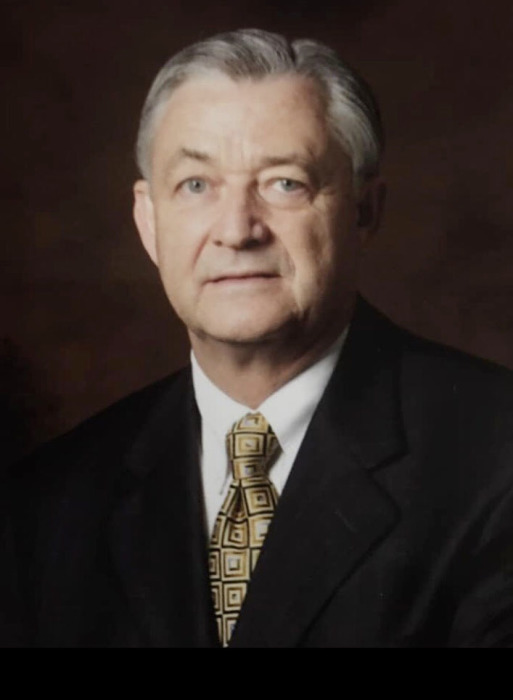 As a family, we lovingly acknowledge the passing of husband, father, grandfather and friend, Brian Grant Larson on June 7, 2019 following a valiant battle with a vicious cancer. Within the backdrop of World War II, Brian was born to a loving family in Cardston, Alberta Canada on November 3, 1942. He was the third of four children born to Leroy and Emma (Card) Larson. He recalled a happy but humble childhood and fondly remembered short family road trips and visits to relatives, the love he had for his grandparents, the joy of fried chicken dinners, Friday night movies at the Cardston theater, campfires and made up games with his friends, his mother playing songs for them on the piano and helping his dad plant and take care of the garden that provided most of their food. He most especially recalled as a tiny child feeling the reality of his Heavenly Father and his Savior, Jesus Christ, and their love for him. This spiritual knowledge became the foundation for Brian's entire life as a lifelong member of the Church of Jesus Christ of Latter day Saints.

As a teenager, his mother teased him about the numerous glowing vacuum tubes, antennas and cords that littered his bedroom when his interests in building radios and other electronic equipment intensified. His first paying job was fixing car radios at the local dealership. Following his two year Church service in the Juneau, Alaska Mission, he left Cardston with a small car and $20 in his pocket to attend college at Brigham Young University. Brian spent seven rigorous years as a student completing his Electrical Engineering and Masters in Business Administration degrees. During the course of his marriage to Nancy Williams (later divorced), six beloved children were born. Career moves took the family from Provo, to San Jose (Hewlett-Packard), but eventually they built their home in Pleasant Grove, Utah.

Brian started several successful companies over the course of his life. The first company began in the basement of their home as he and another engineer and friend (Larry Davis) designed and manufactured sensitive sound measurement instruments which had military and industrial applications. His later career achievements have been in developing, licensing and selling breakthrough disinfection solutions with medical, military and public health applications. In this pursuit he was joined by his business partner and colleague Daryl Tichy and was indebted to the fine work of the Brigham Young University Science and Engineering Laboratories for testing and certifications.

In 1995, he met and married his beloved Barbara (Smith) Jensen. At a lonely time in their lives when they were both praying for the Lord to bless them with a loving friend and partner, they were introduced and immediately felt their prayers were answered. Within one week they were in love, engaged and have not spend more than a handful of days apart for the last 25 years. Sealed together in the temple, they loved, supported and encouraged their combined 8 children through schooling, marriages and grandchildren and looked forward to many more years together fulfilling their church assignments and enjoying their ever growing family. Brian's love for the Savior, Jesus Christ, and his faith in the Lord's timing was a hallmark of his life.

The family expresses thanks to hospice nurses, Bailee and Jocelyn and to Bishop Andrus for countless hours of service and care which made dad's final weeks more bearable. Funeral Services are under the direction of Andersen's Mortuary in Highland with services to be held at Highland, Utah Stake Center, 11200 North 5300 West on June 12, 2019 at 12:30 PM.  A viewing will be held from 10 AM to 12 PM prior to the services. Brian will be interred in the Pleasant Grove Cemetery.

To order memorial trees or send flowers to the family in memory of Brian Larson, please visit our flower store.