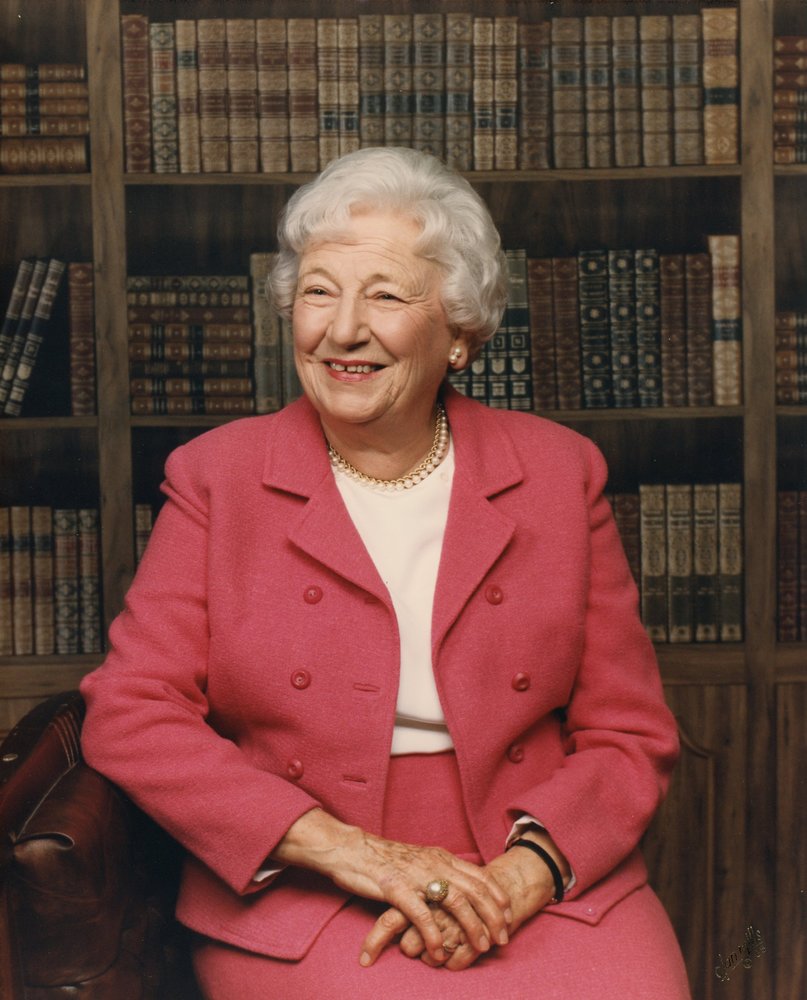 Obituary
L. Berniece Barratt Kramer
Luella Berniece Kramer, 106, passed away on May 7, 2018 in Draper, Utah. She was born on June 1, 1911 in American Fork, Utah to William Mark and Grace Moyle Barratt.
Berniece loved to sing. While attending American Fork High School, she sang in operettas and played the French horn. She graduated in 1929 and started business school in Salt Lake City.
During the Depression she worked in Salt Lake and then moved to California, working in San Francisco at Union Oil, where she met Herbert Vincent Kramer. They married in Reno, Nevada the following year and made their home in San Francisco.
She and Herb built a house in Oakland in 1941. The following year their daughter, Karen Grace, was born.
In 1949 they returned to San Francisco, where Berniece worked in the mayor's office. In 1953 they purchased the family home, where they lived for 22 years.
Berniece was a member of the Forest Hill Garden Club and was engaged in charitable work. She learned tailoring, millinery, and upholstery, using these skills for her family and her church.  She was an avid bridge player, a fabulous cook, and loved hosting dinner parties.
Berniece was devoted to the Church of Jesus Christ of Latter-Day Saints and served many years as secretary in the auxiliary organizations and working in the welfare program. She also belonged to Daughters of Utah Pioneers.
In the 1970s she and Herb left San Francisco and spent their later years commuting between Las Vegas and American Fork. In the 1980s they settled in American Fork, where Berniece cared for her aging mother and then her ailing husband. Herb died shortly after they celebrated their 50 th wedding anniversary.
As a widow, Berniece traveled the world with family. She celebrated her 80 th birthday in Paris, drove a Cadillac until age 90, played bridge, and shopped assiduously until she was 95. She remained interested in politics into her 100s. Most of all, she loved spending time with her growing family. As a centenarian, she remained active and energetic, positive and funny, and loved getting to know each great-grandchild personally. She held each one dear in her heart.
She is survived by one sister, Barbara Ellen Campbell, her daughter, Karen Kramer Moore, her grandchildren: Stephanie (Bodo) Glaser, Christa (Timothy) Falvey, James (Tijon) Moore, Marianne (David) Kimball, and 11 great-grandchildren.
A viewing will be held on Friday, May 18, 2018 from 6 to 8 p.m. at Anderson & Sons Mortuary, 49 East 100 North, American Fork, Utah.
Funeral services will begin at 11:00 on Saturday, May 19, 2018 at the North Meetinghouse in American Fork, 1305 N. 100 East. Family and friends are invited to attend a final viewing from 9:45 to 10:45 a.m.
Burial will be in the American Fork City Cemetery.
Please share a memory at andersonmortuary.com .