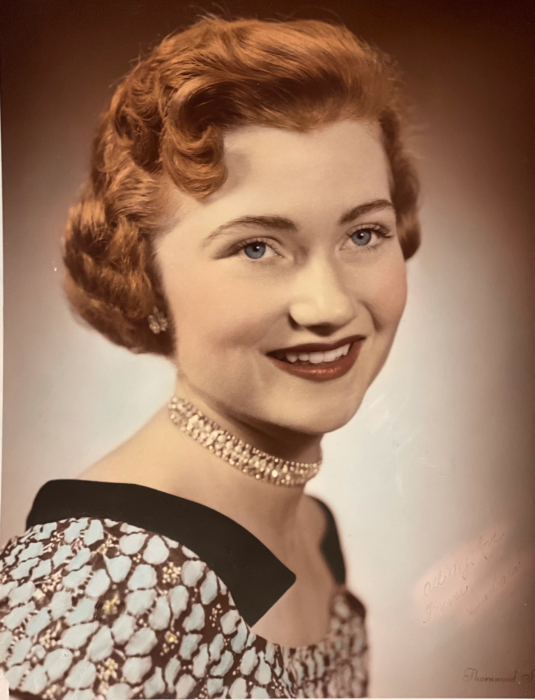 Barbara Pulley Pendleton of St George, passed away peacefully after a brief illness early in the morning of September 1, 2021.  She was surrounded by loved ones on both sides of the veil.  Barbra was born in American Fork, Utah, on Spetember 6, 1937, to Dazel Gilbert and Sylvia Shipley Pulley.  She graduated from American Fork High School and attended Brigham Young University.

Barbara married Gary Elton in the Salt Lake Temple and together they had 8 children.

Barbara later married Vaughn Pendleton of Peterson, Utah. They were sealed for time and all eternity in the Jordan River Temple. Together with Vaughn she served a mission for the Church of Jesus Christ of Latter-Day Saints in the Nevada Las Vegas Mission.

Barbara had a deep love and appreciation for her Heavenly Father and her Savior Jesus Christ. She tried her best to follow their counsel and it was her faith that carried her through some trying times.

The greatest joy in Barbara’s life was being a mother. For many years she faced challenges with her health.  Despite that she tried to be as involved as she could with each of her children and grandchildren.  She was always aware of what was going on in their lives and she was very proud of their accomplishments.

Send a gift or donate to the family
To order memorial trees or send flowers to the family in memory of Barbara Pendleton, please visit our flower store.