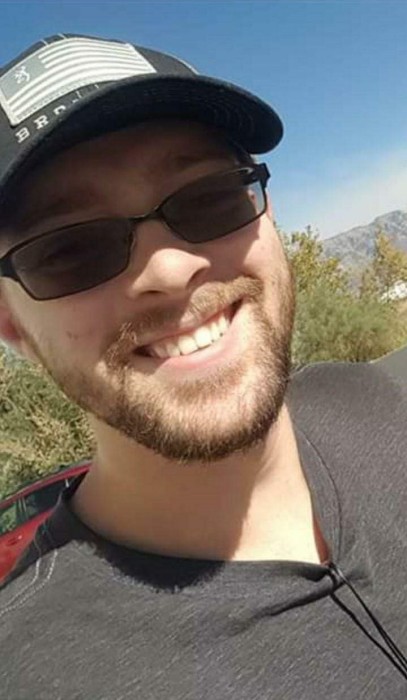 Austin Michael Sorensen, 23, passed away November 25, 2019 in Provo, Utah. He was born July 3, 1996 to Dax and Kristina Sorensen in Provo, Utah. Austin graduated from Mountain View High school and worked as a Security systems Installer. He enjoyed spending his time hunting, fishing, camping, and racing cars with his brothers and friends.

Whether it was on the wrestling team in High school or out racing cars he was always making friends and bringing out the best in others. He also had a deep love for his fiancé Denise Martinez, which was his Junior High Sweetheart. He loved Grandma Jean and Grandma Cheryl and cherished the time he was able to spend with them.

He is survived by his Father Dax Sorensen and his mother Kristina (Nina) Parker Sorensen, his two brothers Kaleb Sorensen and Dylan Sorensen, his fiancé Denise Martinez and his two Grandmothers Jean Fossum and Cheryl Moore. He is preceded in death by his Grandpa Mike Parker (Papa Mike)

To order memorial trees or send flowers to the family in memory of Austin Sorensen, please visit our flower store.