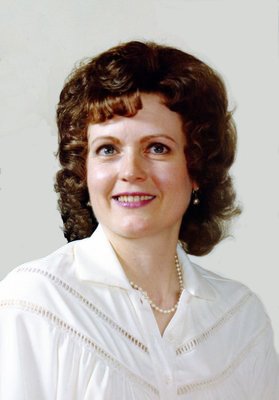 Our dear mother, grandmother, and best friend, Clara Anita Bond Graff (age 81) returned to her Heavenly Home and was reunited after 8 years with her husband Max on June 17th, 2018.
Anita was born March 2, 1937 in Ramah, New Mexico to Marius and Esther (Burk) Bond. She was the oldest of 4 children. Anita married her sweetheart, Max B. Graff January 27th, 1954 in the Mesa, Arizona Temple. She moved to American Fork with her husband, raising 3 children on their farm. She lived in American Fork for 62 years.
Anita was a member of the Church of Jesus Christ of Latter Day Saints. She served in many ward and stake callings throughout her life. Her family and the gospel were the greatest things in her life. Anita loved to be around her family. Although she struggled with ill health for many years related to Sarcoidosis and later kidney failure, she never complained.
Anita is survived by her children Danny (Sylvia); Brenda; Curtis (Carol); and her brothers Laverl (Mary) Bond; Bill Bond; brother-in-law Mervin Jarvis; 9 grandchildren; and 15 great grandchildren. She is preceded in death by her husband Max, sister Luana Jarvis, and grandson Max Collin.
Special thanks to Zions Way Hospice (DeAnn, Victoria, Mike, Kirsta, and Dr. Esplin) for the loving care they gave to our mother.
Funeral services will be held on Monday, June 25, 2018 at 11am at the American Fork 11th Ward, 240 S. Center Street, American Fork, Utah. Visitation will be Sunday evening 6-8pm at the Anderson & Sons Mortuary, 49 E. 100 N., American Fork  and Monday at the church from 9:30-10:30 am prior to the services.  Interment will be at the American Fork Cemetery.