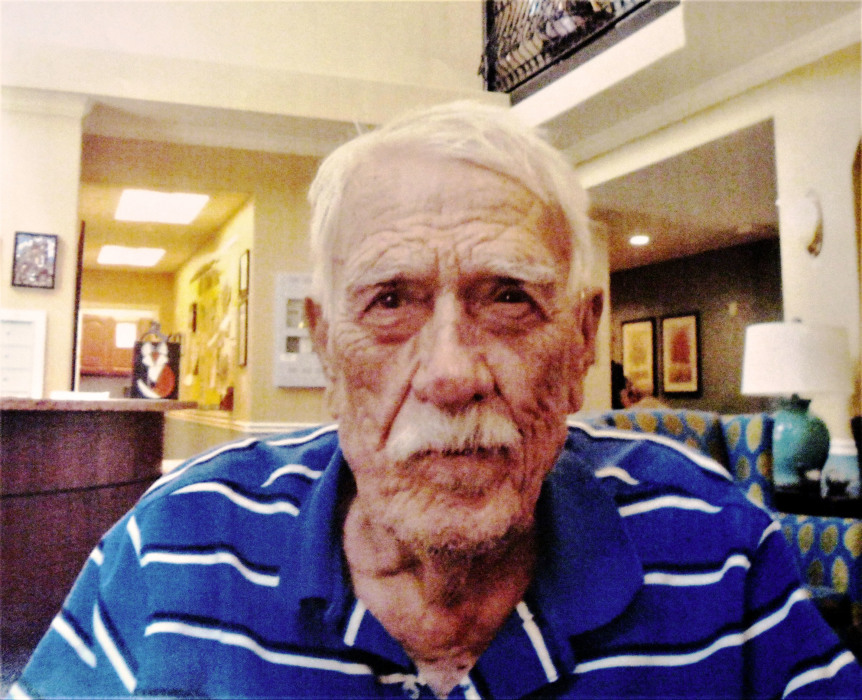 Alvin Lyle Hickenbotham, 94, passed away November 6, 2019 in Cedar Hills, Utah.  Born June 30, 1925 in Aberdeen, South Dakota. He was the 5th and last child born to Charles Edwin Hickenbotham and Emma Christine Schwan.  He grew up in Aberdeen and studied business and economics in college and earned a bachelor’s degree. He also learned to box in school and in the Navy. He won a middle-weight championship in North Dakota and during WWII, he won the Navy golden gloves championship of the Pacific. He only lost 1 match in 27 fights. In the Navy, he was a flight cadet and flew enemy submarine spotting missions off the east coast of Florida until the war ended. After the war, he and an officer friend, crash landed a 2-seat aircraft in a flax field near Echo, Minnesota. On June 30th 1946, after the war had ended, he married Clarice Dawn Warne. They had three sons, Michael Warne, Lawrence A, and Daniel Allan Hickenbotham.  A year after their first son was born, Al and Clarice moved to California where Al worked for many years as a purchasing agent for several aerospace companies. Alvin was a good father and dedicated most of his spare time to raising his three sons. He enjoyed sports and was heavily involved in both the Boy Scouts and Little League Baseball. He served as a Scout Master and Little League team coach for all three of his boys. After 29 years of marriage, Clarice and Al divorced but remained good friends and both remarried. He married Gabrielle Sullivan on December 3, 1976.  He developed a love for travel and traveled extensively with Gabrielle. Alvin is survived by his children, Michael (Kathy) Hickenbotham; Lawrence (Natalie) Hickenbotham; Daniel (Cynthia) Hickenbotham; 9 grandchildren and 17 great grandchildren.  He was preceded in death by Clarice and Gabrielle, his parents and siblings.  Memorial services will be held Monday November 25, 2019 at 10:00 am in the American Fork 19th Ward, 1305 North 100 East.  Please share a memory at andersonmortuary.com.

To order memorial trees or send flowers to the family in memory of Alvin Hickenbotham, please visit our flower store.